Moving of BARKU with many advantages to the business park

Mighty concrete columns tower in the air, a large part of the trusses is already in position, the scaffolding for the outer facade and the roof is almost completed: The true extent of the new hall complex can now be recognized on the grounds of the Barnstorfer Kunststofftechnik – BARKU. The company is expanding in a big way.
The complete production is to be settled soon at the location in the business park “Immenzaun”.

“We need more space and larger halls,” says company founder Egon Schumacher, who once founded the business. With three machines, the local entrepreneur entered the production of plastic parts at the end of the 1970s. Since then, the business has developed continuously. But now the capacity at the headquarters on Lubingstraße is exhausted. Therefore, the entire production, as previously reported, relocated to the south of Barnstorf.

The mid-sized company took the first step three years ago. In just ten months of construction time, a 5000 square meter hall for the production of pipes and profiles, which had previously been located on Lubingstrasse, as well as a recycling plant were built on the green field in the “Immenzaun” industrial estate. BARKU has taken over 5 million Euros for this purpose. “State-of-the-art, one of the most modern extrusion lines,” says managing director Wolfgang Czerny.

Now follows the second, much larger step. Five production and warehouse halls with a total area of 10,000 square meters are to provide the necessary space to relocate the injection molding area to the new location. In addition, a two-storey administration building with an office area of around 800 square meters is planned. Estimated investment volume for the construction measures including new machinery and equipment: 10 million Euros.

The construction work on the approximately six and a half acres of land is progressing well, as noted by architect Alfred Bode. “We are fully on schedule,” says the specialist from Diepholz, who is constantly in exchange with the participating companies from the region and hopes that the weather will continue to play along. The first two halls are scheduled to be ready for occupancy by the middle of this year, and the completion of the remaining halls is planned for autumn. The move into the office building is planned for mid-2020.

For BARKU the move should pay off in several ways. Production has more space in the new halls so that processes can be optimized. The molding shop will be equipped with overhead cranes so that the plastic molds can be changed quickly. And the delivery routes for the raw material are also shortening: the transports from the external warehouse in Mäkel no longer lead through the town, but directly to the terrain just outside Barnstorf.

The management makes no secret of the fact that there is another, very decisive reason for the long-term planned relocation. At the Lubingstrasse the Lubing machine factory should have all possibilities for expansion in the future. The neighboring company will take over the entire real estate, explains Schumacher, who is regarded as a personified link between the two companies. As Managing Director, he has made Lubing a world-renowned manufacturer of watering, conveying and air conditioning systems for barns.

For BARKU, Lubing is one of the most important major customers. The company is supplied with high-quality plastic parts for the respective systems. They are used in poultry and pig farming, and beyond the European foreign countries. In addition to the USA, Russia, China and the Gulf States, African countries are increasingly becoming the focus. There is expected in the next few years with a further expansion of animal husbandry.

With an annual turnover of around 35 million euros, the domestic company is on the right track. The company management sees further potential in order to be able to further expand the export business and thus the sales. “The outlook for this year is very good,” says Managing Director Czerny, pointing to two fresh large orders for the first two quarters.

However, the situation on the job market is worrying. “The shortage of skilled workers is causing us problems,” says Authorized Representative Marco Holste. At the moment, it is almost impossible to find well-trained process engineers, especially with a focus on extrusion technology. That’s why the company is strengthening its education. At present, BARKU and its subsidiary company Protec employ a total of 125 people. In the near future, when the company has settled in the new location, it could already be 140 employees. 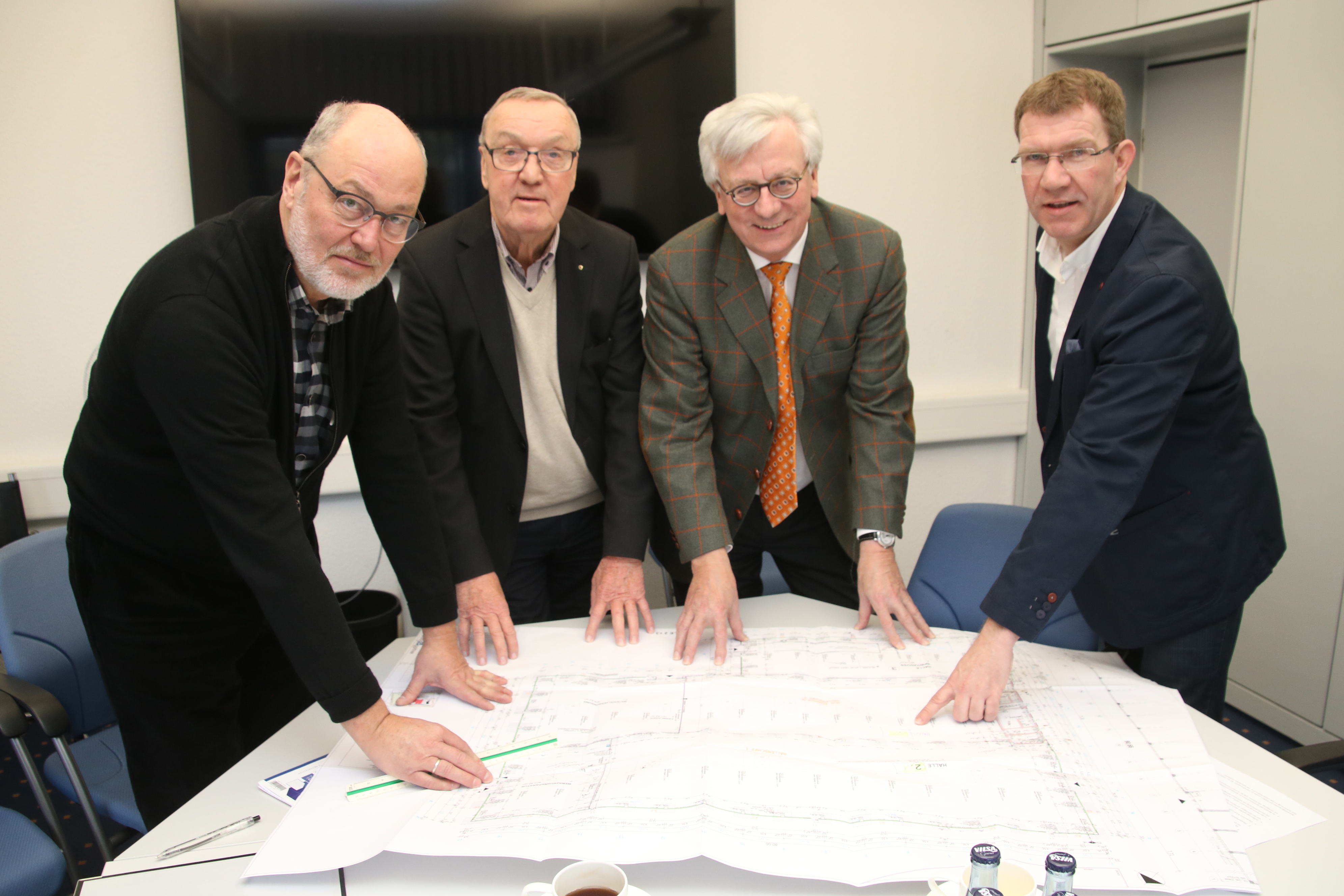